The Mechanism of Life

This machine artwork by Oron Catts, Ionat Zurr, and myself was made possible by SymbioticA at the University of Western Australia; Biofilia, Base for Biological Arts, Aalto University, Finland; the State of Western Australia through the Department of Culture and the Arts; and a second version by the Cranbrook Museum of Art.

Zurr and Catts are best known for their dual effort, the Tissue Culture and Art Project, as well as SymbioticA, the Center for Excellence in Biological Arts, which is a life sciences laboratory for cultural critique housed within the School of Anatomy and Biology at UWA. It is one of the earliest of its kind--since its inception in 2000, SymbioticA has been a formative influence on the public exhibition of living media, and on the foundation of ethics surrounding applications of biology knowledge.

"The Mechanism of Life" has been exhibited internationally at The Powerhouse Museum, Sydney, Australia; The Science Gallery, Dublin, Ireland; the Cranbrook Museum of Art, Bloomfield Hills, MI; ZKM | Center for Art and Media Karlsruhe, Germany; and the Salamanca Art Center, Hobart, Tasmania.

The Mechanism of Life references a book of the same title, written in 1911 by Stéphane Leduc. The French biologist became famous for his invention of the term “Synthetic Biology,” a newly emerging field that triggers hopes, fears and utopian visions by promising to create and design life from scratch, an idea grounded in the tradition of the artist-scientist as second God. Leduc tried to prove that life is a chemical process and proposed a series of experiments showing the emergence of life-like phenomena of different degrees of complexity. “The most important characteristic of a living being is its form,” he noted. While inorganic beings tend to develop “straight lines, planes and regular angles,” living organisms would show “curved surfaces and round angles.” Leduc was convinced that morphology was the decisive means to distinguish the dead from the living.

Over one hundred years later, Catts, Zurr and Van Sice reappropriate and automatize one of Leduc’s chemical experiments, his proto-cell protocol. Initially, the work seems to re-enact Leduc’s morphological argument that living phenomena may be verified by means of their form: Using another currently hyped technology, 3D printing, the machine creates droplets that resemble cells with membrane and nuclei. An image becomes the visual evidence for life. However, the spectacle soon comes to its tragic end, or, in the words of the artists: “they last for a few moments before succumbing to entropy and dissolving into a murky liquid, much like life…” 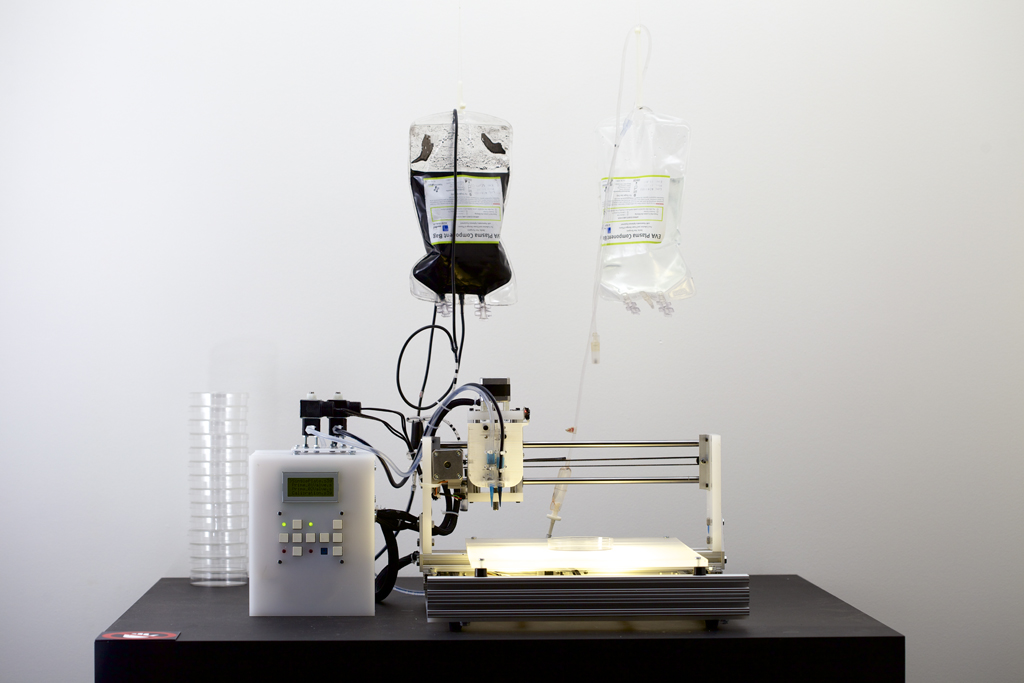 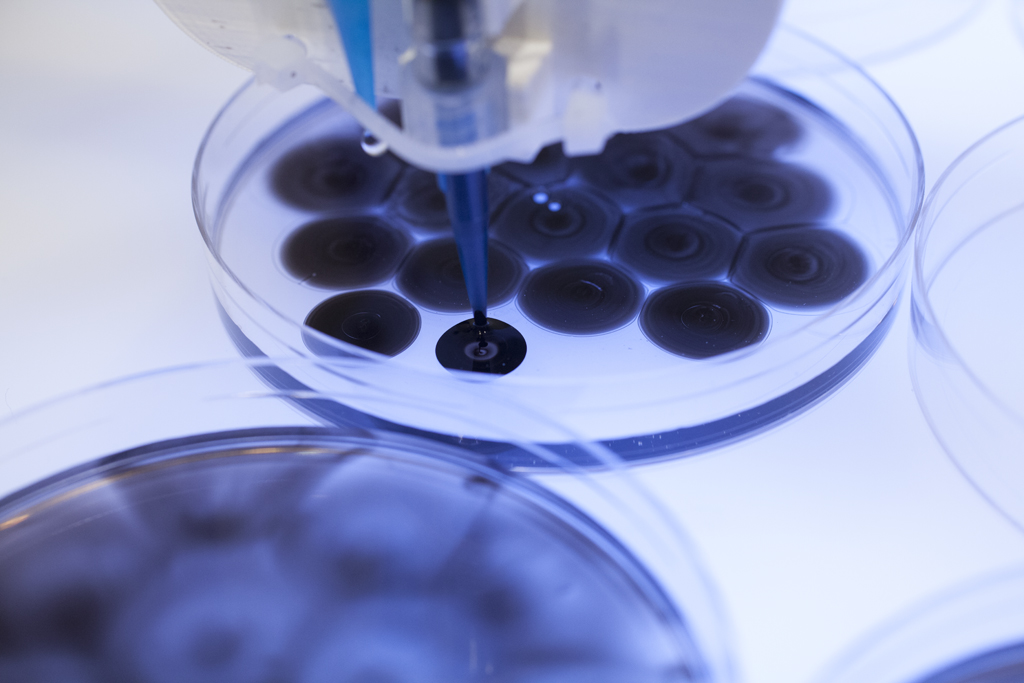 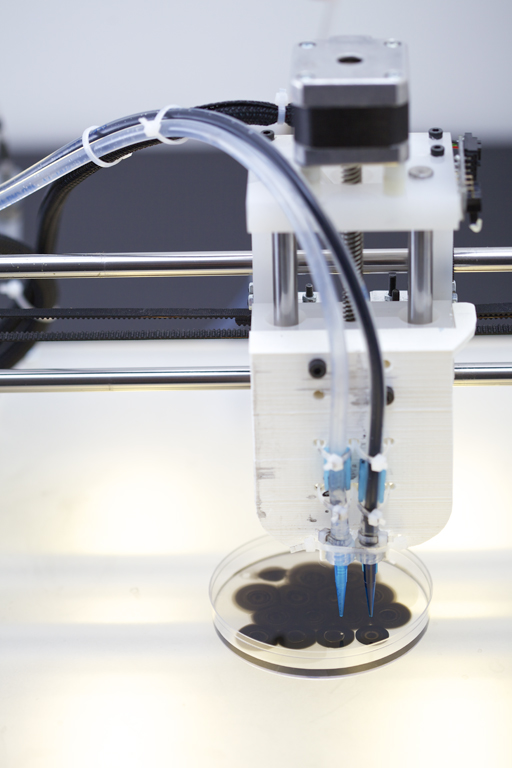 Photo Credit Ian Hobbs. Detail of the Mechanism of Life: After Stephane Leduc, shown as exhibited at the Powerhouse Museum, Sydney, AU, 2013. 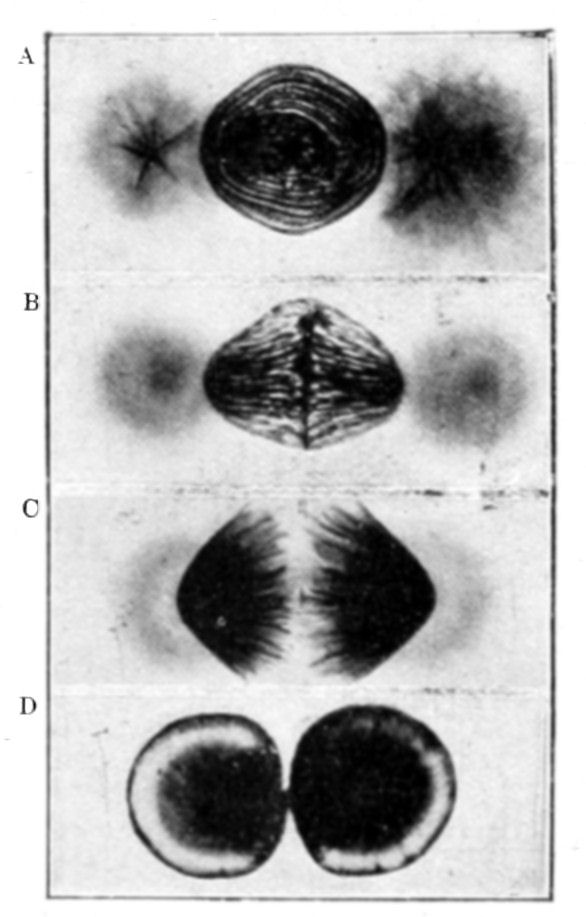 A reproduction from Stephane Leduc's 1911 text, The Mechanism of Life, showing his comparison of dynamics in fluid droplets to cell division, mitosis. 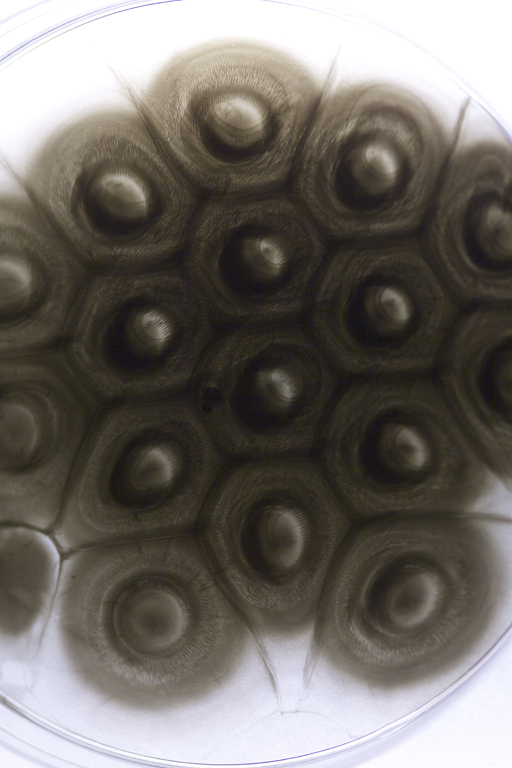 Photo Credit Ian Hobbs. Detail of the Mechanism of Life: After Stephane Leduc, a plate of protocells, shown as exhibited at the Powerhouse Museum, Sydney, AU, 2013.